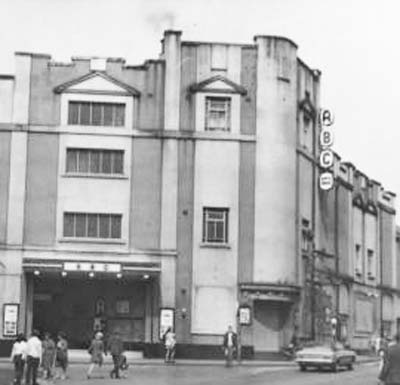 Off the back of my last post on Pink Floyd playing at The Castle Cinema in Merthyr Tydfil on December 9th 1967, it appears that this would have been one of the last gigs that Syd Barrett played with the band. Interesting, of the few people who remember the gig, one person remembers Sid playing, while someone else thought the gig featured Dave Gilmour! I am not Pink Floyd expert, but I do know that Sid and Dave played together for a while in the early years of 68. So – to me it looks like this was one of Sid Barrett’s last gigs for Pink Floyd? For those who are interested, here is a collection of some of the memories that  people have.

Although there is some contention who supported who, I believe Pink Floyd actually supported The Herd that evening. If anyone has any other memories or details – please let me know. Also,  check out the Historypin link – that has loads of interesting photos of music making in South Wales.

I wil finish with the first of a two part article that is printed in a local newspaper about the project. 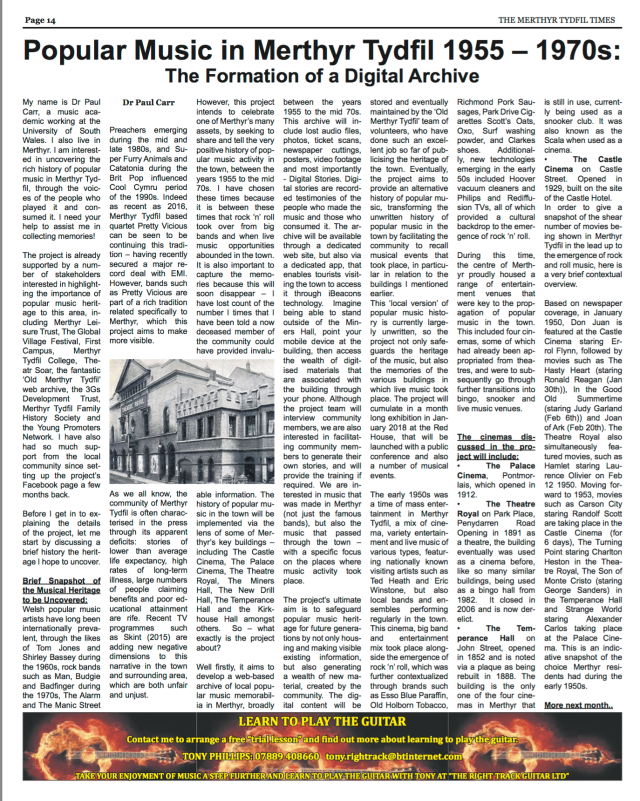 Academic working at the University of Glamorgan
View all posts by Paul Carr →
This entry was posted in Musicology and tagged Merthyr Tydfil, Pink Floyd, popular music. Bookmark the permalink.