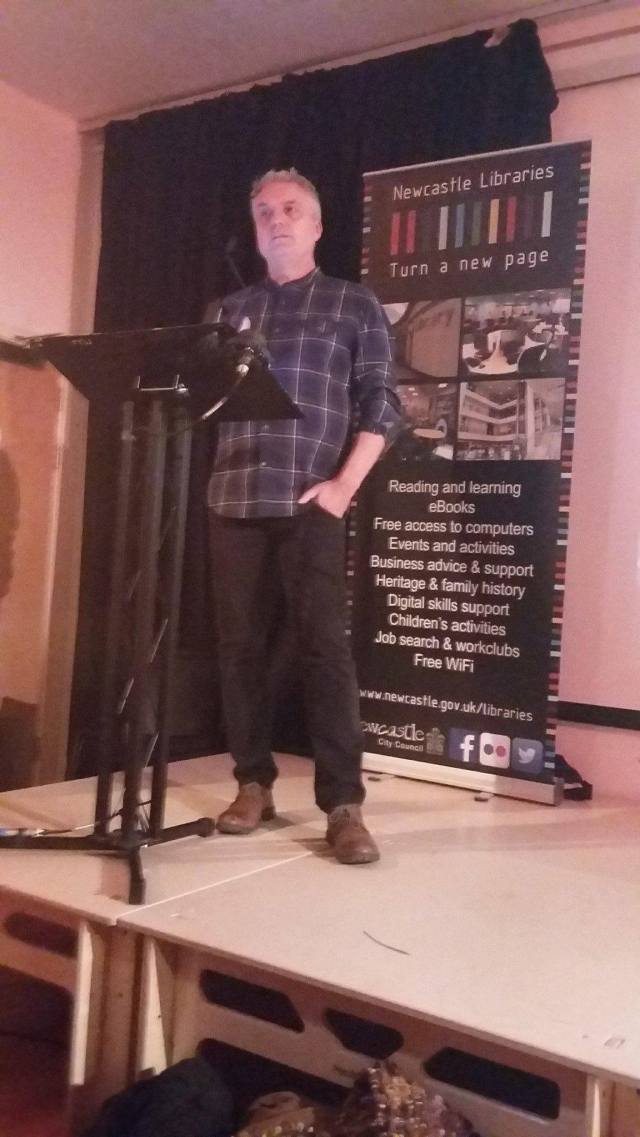 I had a fleeting visit to Newcastle last week to talk about my new book on Sting: From Northern Skies to Fields of Gold. As can be seen in the photo below, the event was  well attended, with the audience interested in the ways in which he (and us) can negotiate Geordie Identity in various ways. I found out after the talk that the lady taking her seat in the photo was in fact Sting’s auntie (on his mother’s side). She came up at the end of the talk and thanked me for providing a positive narrative about her nephew. 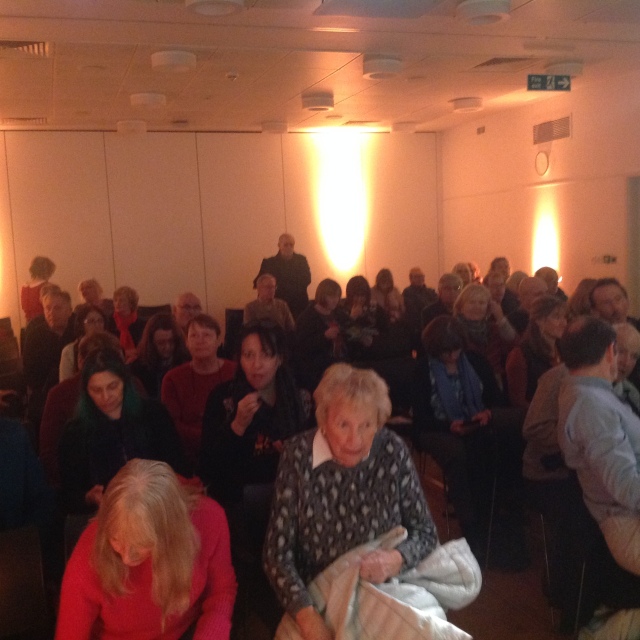 Although I did not know what to expect, the audience consisted of locals, but also people from outside of the area, who were interested not only in Sting as an artist, but also how his Geordie identity has fueled his creativity, in particular on The Last Ship. 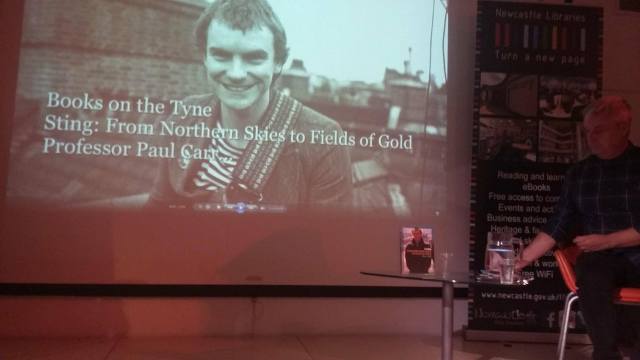 This talk has followed previous ones in Wallsend and Bristol and I am looking forward to another couple booked thus far next year in Cardiff and Dorset. Let me know if you want me to do one – in particular if it coincides with Sting’s tour of the Last Ship next year. 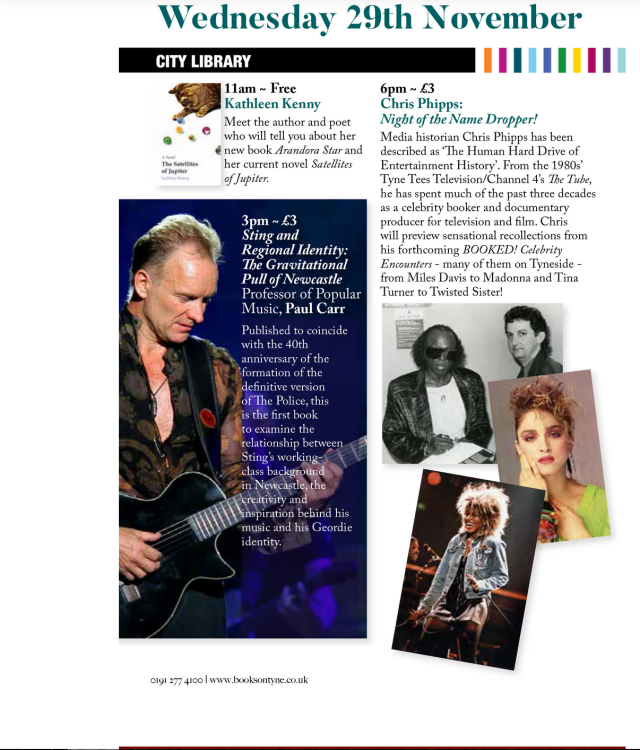 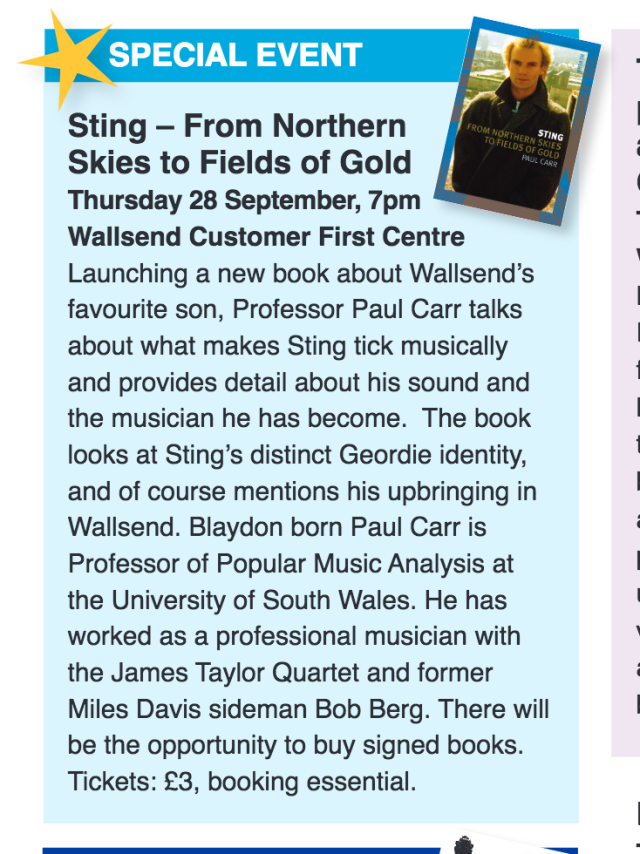 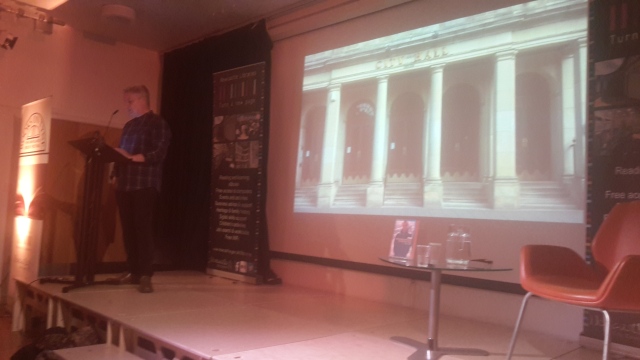 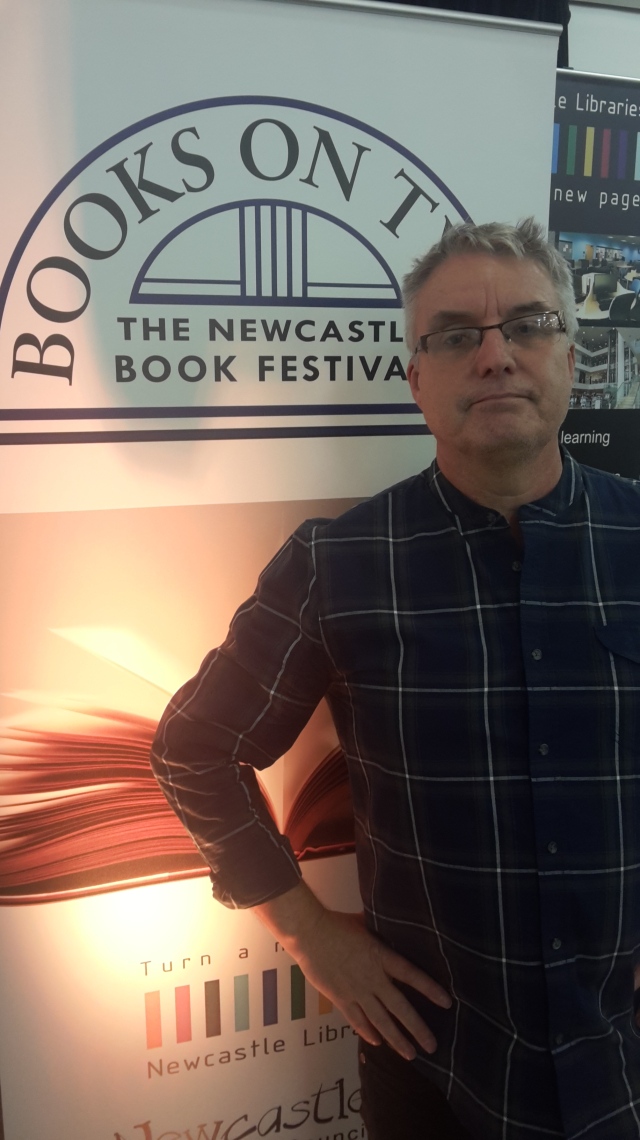 Academic working at the University of Glamorgan
View all posts by Paul Carr →
This entry was posted in Musicology, Sting and tagged Books on the tyne, From Northern Skies to Fields of Gold, paul carr, sting. Bookmark the permalink.